The Handcrafted History of Harrington’s Smallgoods

Harrington’s got its start with Colin Nelson Harrington Bridge. A Wellingtonian with a permanent twinkle in the eye, a serious sense of humour and a singular talent for creating incredible flavours by crafting the finest artisan smallgoods around. He’s an inspiration to us today.

Colin was your classic entrepreneur. In his 20s, he set up his first business, delivering milk in Oriental Bay and Roseneath. One particular morning, his milk truck ended up in Evans Bay after he forgot to pull the handbrake on. It was conclusive proof that, despite the name, milk floats don’t actually float.

Along the way Colin unlocked that serious talent for artisan smallgoods. He owned a butchers shop in Wellington called Embassy Meats where he and a Hungarian mate used to swap favourite artisan recipes. Over the next few years he opened quality butchers in Newtown, Courtenay Place and in 1992, a shop called ‘Harrington’s’ in Island Bay. 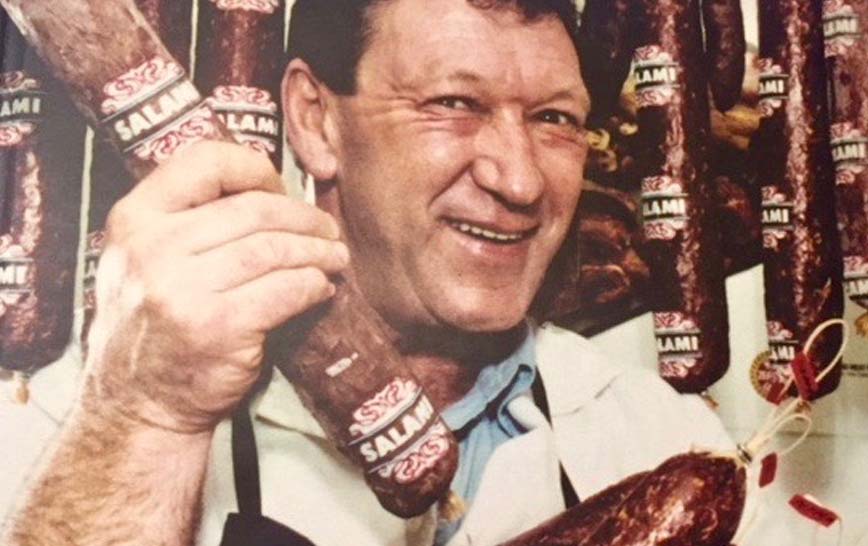 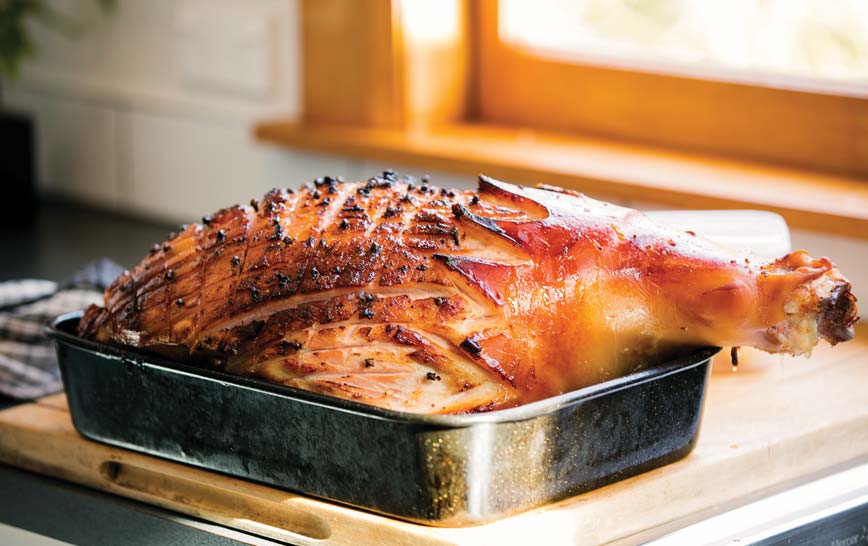 Like today, there was no room for mass-production at Harrington’s. Pork and bacon was cured in traditional fashion. His Black Pudding was loved for its delicious notes of spicy pepper and exciting nutty texture. At Christmas, if you didn’t serve Harrington’s ham, it wasn’t a proper Christmas.

Now in Miramar Wellington, we continue Colin Nelson Harrington Bridge’s tradition for fine smallgoods. We believe in traditional quality yet we love experimenting. There’s always something exciting happening in our test kitchen, and when we perfect a new recipe we’re always excited to introduce it to you.

Harrington’s Head Honcho Angus Black knows the importance of doing things properly, he says “We craft our smallgoods the old-fashioned way. There may be faster ways, cheaper ways and probably easier ways, but there’s no better way if you want top quality smallgoods.”

Angus oversees our creation of Harrington’s range of artisan smallgoods. As an experienced chef Angus knows a thing or two about creating incredible flavours, and at Harrington’s Angus and our talented team work hard to craft the best smallgoods we can. We hope you enjoy them. 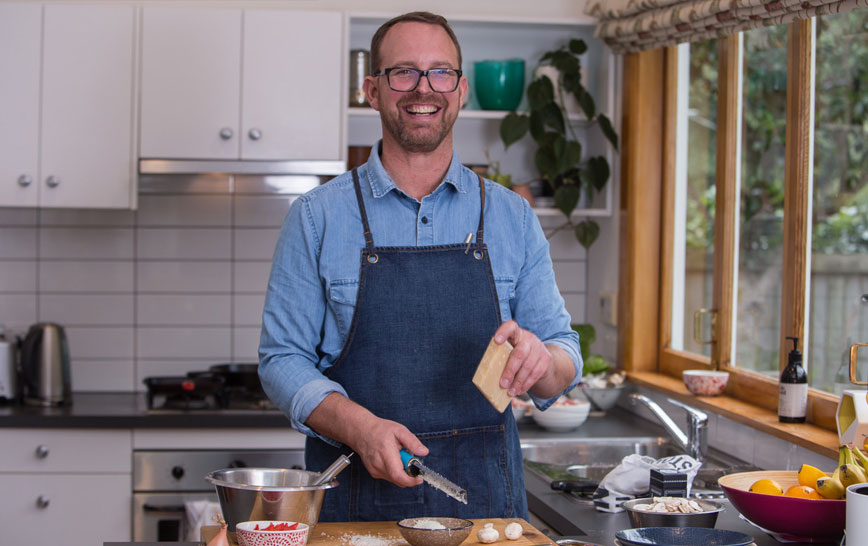 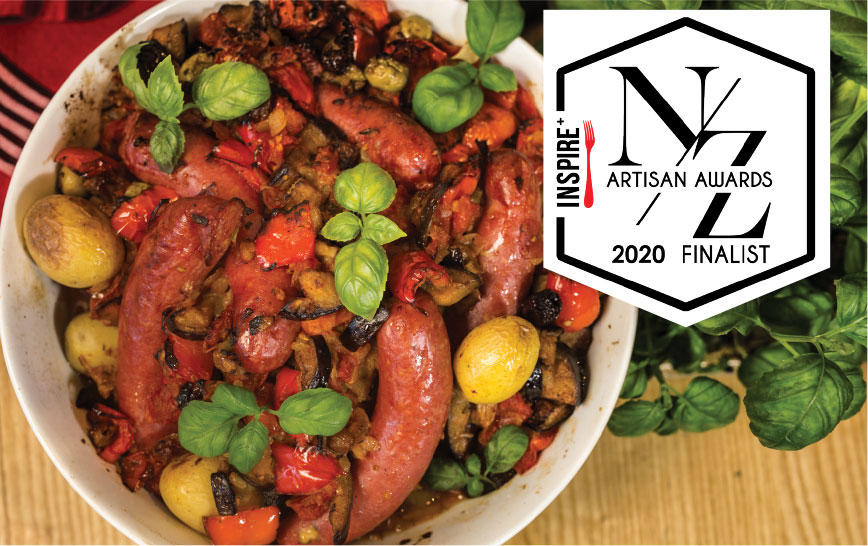 The taste of success –
our award-winning smallgoods

We can think of no better benchmark than being judged against other New Zealand artisan food producers. That’s why we enter select local food awards, we love to see how we stack up against the best of the best. To us awards are all about inspiration not congratulation.

We’re very happy to say that, over the years, we have picked up several awards for our smallgoods against excellent competition. To see our awards, including the latest prizes, please check out our trophy cabinet right here

Every single sausage, slice of bacon, black pudding or other delicious delicacy crafted at our home in Miramar is the work of our skilled artisans. Our fifteen craftspeople fashion the finest flavours for you guided by Angus Black, and Harrington’s brilliant original recipes of course.

Look after our planet

We’re on a mission to make our packs the most eco-friendly around – find out more here.

We only will use 100% New Zealand-raised pork. Same goes for our beef, lamb and venison.

Old fashioned is always in fashion

It’s all about taste

Animals must be farmed with their welfare in mind at all times. 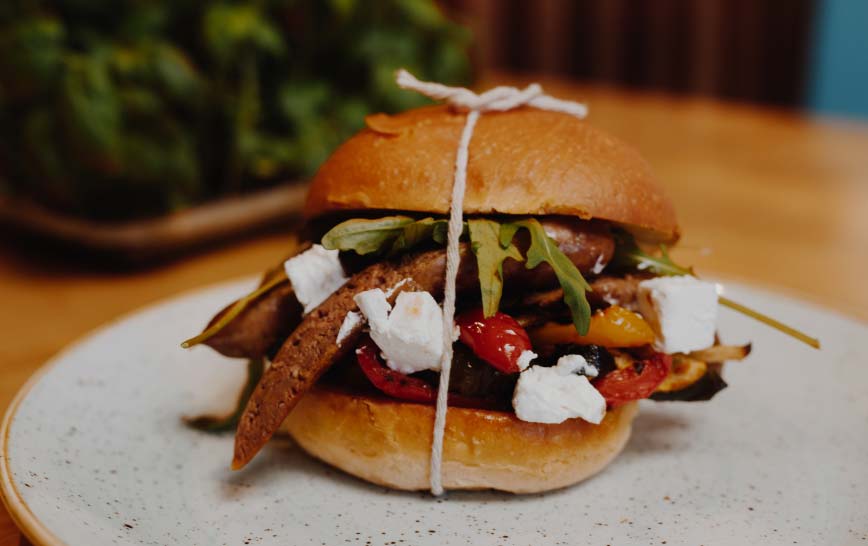 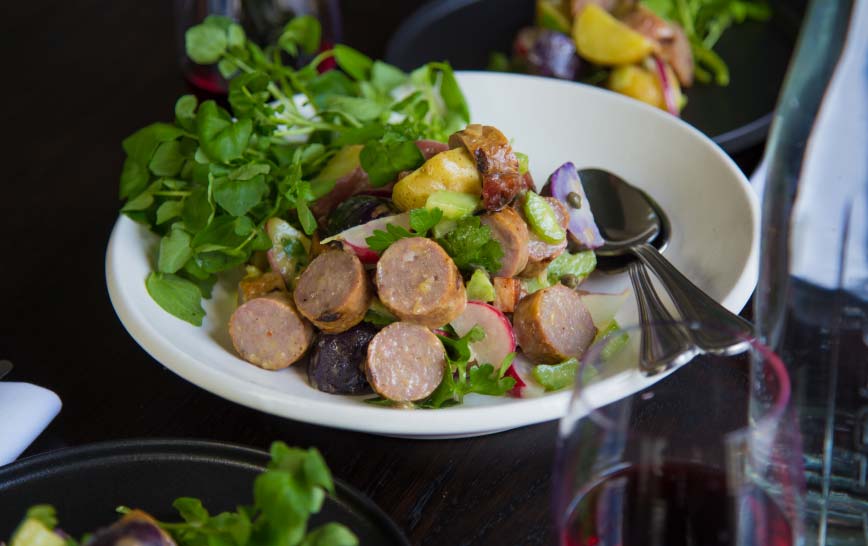 A quick guide to curing and smoking

At Harrington’s we use traditional methods to craft our delicious products, like dry curing and manuka-smoking, which not only preserves our products but also brings out that deliciousness.

In 900 BC, before refrigerators, the ancient Greeks preserved meat using salt produced in ‘salt gardens’. The Romans copied the Greeks and added a few ideas of their own, like using pickles filled with salt. In medieval Europe, rubbing meat with salt and saltpetre, an ingredient of gunpowder, then smoking it was popular.

Over the centuries, various techniques were developed and refined including curing, smoking and pickling. For instance, in the 18th century the British Navy fed their crews a diet of ‘salt beef’. The salt preserved the meat on voyages which lasted months or even years. To preserve themselves, from scurvy, the ship’s crew also ate plenty of raw lemons.

At Harrington’s in Miramar we carefully use the traditional crafts of dry curing and manuka-smoking.

Dry curing involves rubbing a mixture which is our own blend of salts and spices into the meat. These curing ingredients drive the water out, which preserves the meat and gives it a more deliciously concentrated flavour.

There are other benefits. A lack of water means that the meat won’t shrink during cooking. We don’t add any water to our bacon either, so it stays the same size when you cook it, and you also enjoy a fuller, richer flavour.

Smoking goes back to the earliest humans. Evidence suggests that 40,000 years ago, cave dwellers discovered they could preserve meat by hanging it up smoking it in their caves. At Harrington’s, we’ve moved on since then and we use a state-of-the-art Austrian-built smoker and locally grown manuka woodchips. 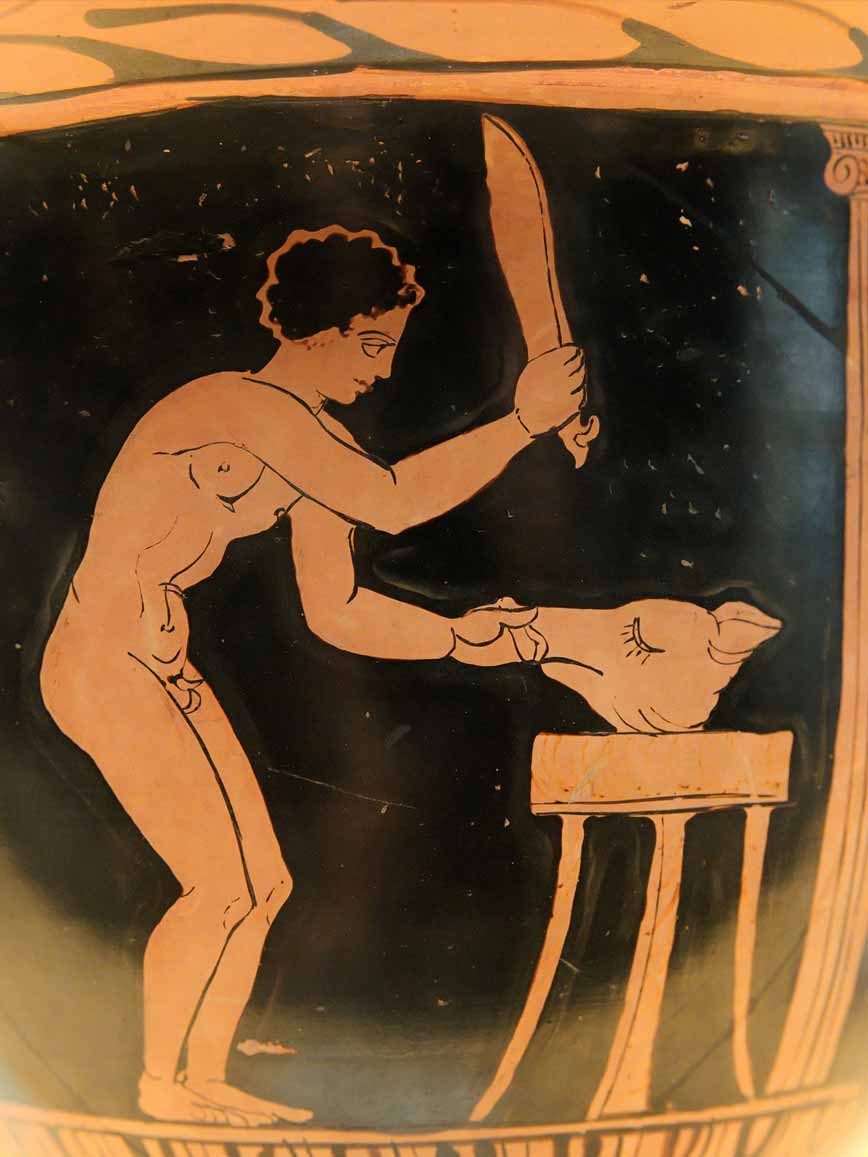