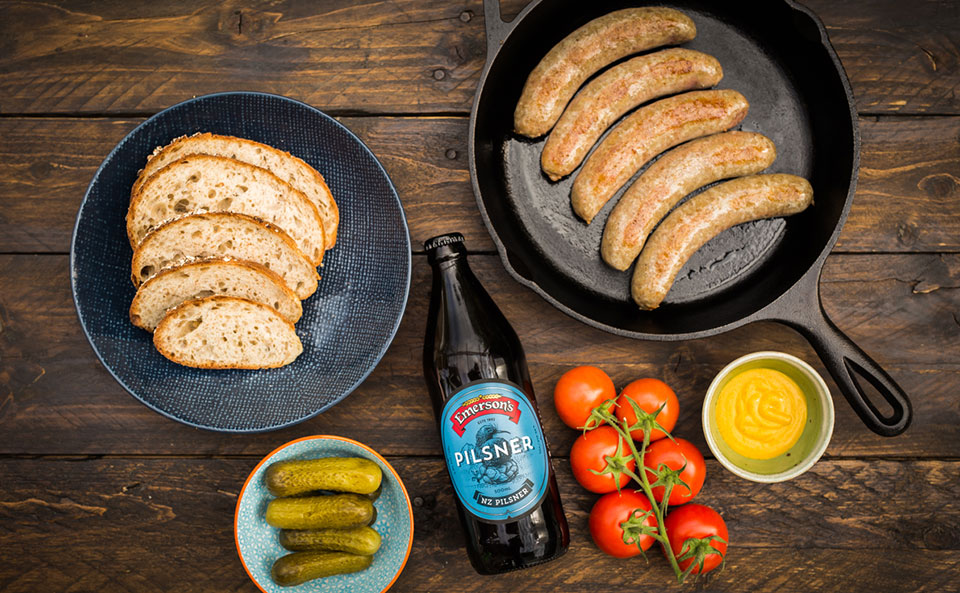 Emerson’s of Dunedin and Harrington’s Smallgoods from Wellington are releasing a limited-edition Bavarian Bratwurst Sausage, using Emerson’s award-winning Pilsner to create a new take on the traditional recipe.

Richard Emerson, known as the Kiwi Godfather of Beer, says he’s proud of the collaboration.

“Beer and Sausages are two of my favourite pastimes.  Emerson’s is very proud to be involved with Harrington’s Smallgoods, in producing the Emerson’s Pilsner and Bavarian Sausage collaboration – good things in life always come in pairs,” says Richard Emerson.

Angus Black, General Manager of Harrington’s Smallgoods, says both companies have similar heritage and values. Emerson’s was established in 1992, and Harrington’s in 1993 and both have a love of crafting the best food and drink.

“Together we’ve been quenching Kiwi thirsts and delighting Kiwi taste buds for more than 25 years. We believe in making the best possible beer and smallgoods, and I’m excited to work with Richard Emerson, a pioneer in the beverage sector,” says Angus Black.

The new Bavarian Brat uses 100% Kiwi, New Zealand free-range pork. Angus Black says the hops and malt from the pilsner, blended with the spice mix of mace and carraway in the Brat, gives the sausage a beautifully rounded flavour.

“Don’t try and cook the sausage too quickly – the trick is to use a good steady heat so when the surface of the sausage is nicely browned the meat is still juicy and full of flavour,” says Angus Black.

The new Bavarian Brat, featuring Emerson’s Pilsner, is available in all good supermarkets.